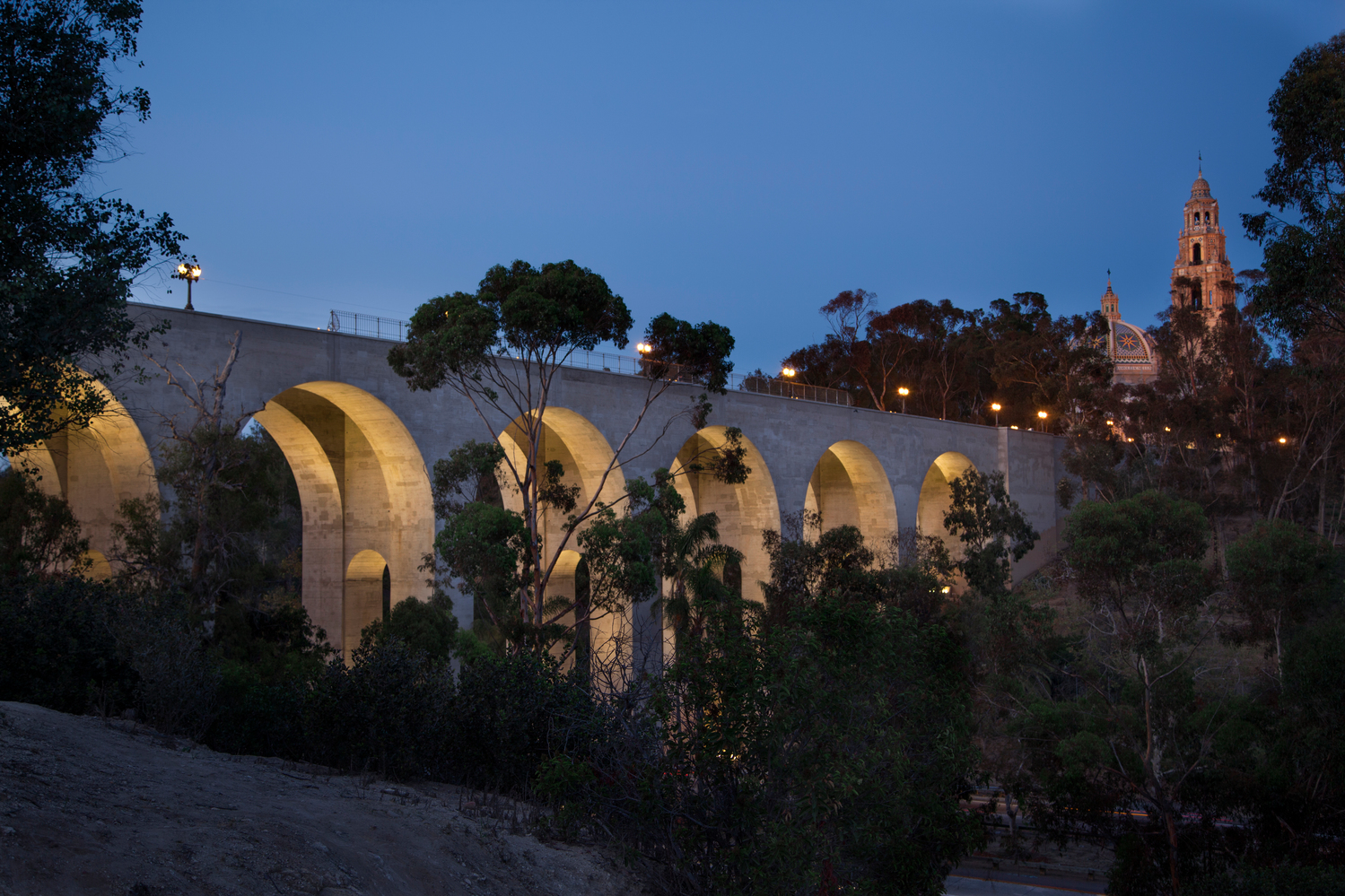 Cabrillo Bridge was originally built to provide a glorious entry to Balboa Park for the 1915 Panama Exposition. A century later, it stands as an iconic structure revered by the residents of San Diego.

In 2014, the bridge underwent significant improvements, including seismic upgrades as well as the addition of lights underneath each of the bridge’s seven soaring arches. HLB’s design intent was to reveal the historic and elegant three-dimensional structure. The team illuminated the arches from the base using strategically positioned white LED spotlights. Each fixture has a custom concrete enclosure to conceal the lighting source. The historic illuminated landmark has made locals proud of their history and given drivers along Route 163 something to look forward to as they pass underneath.