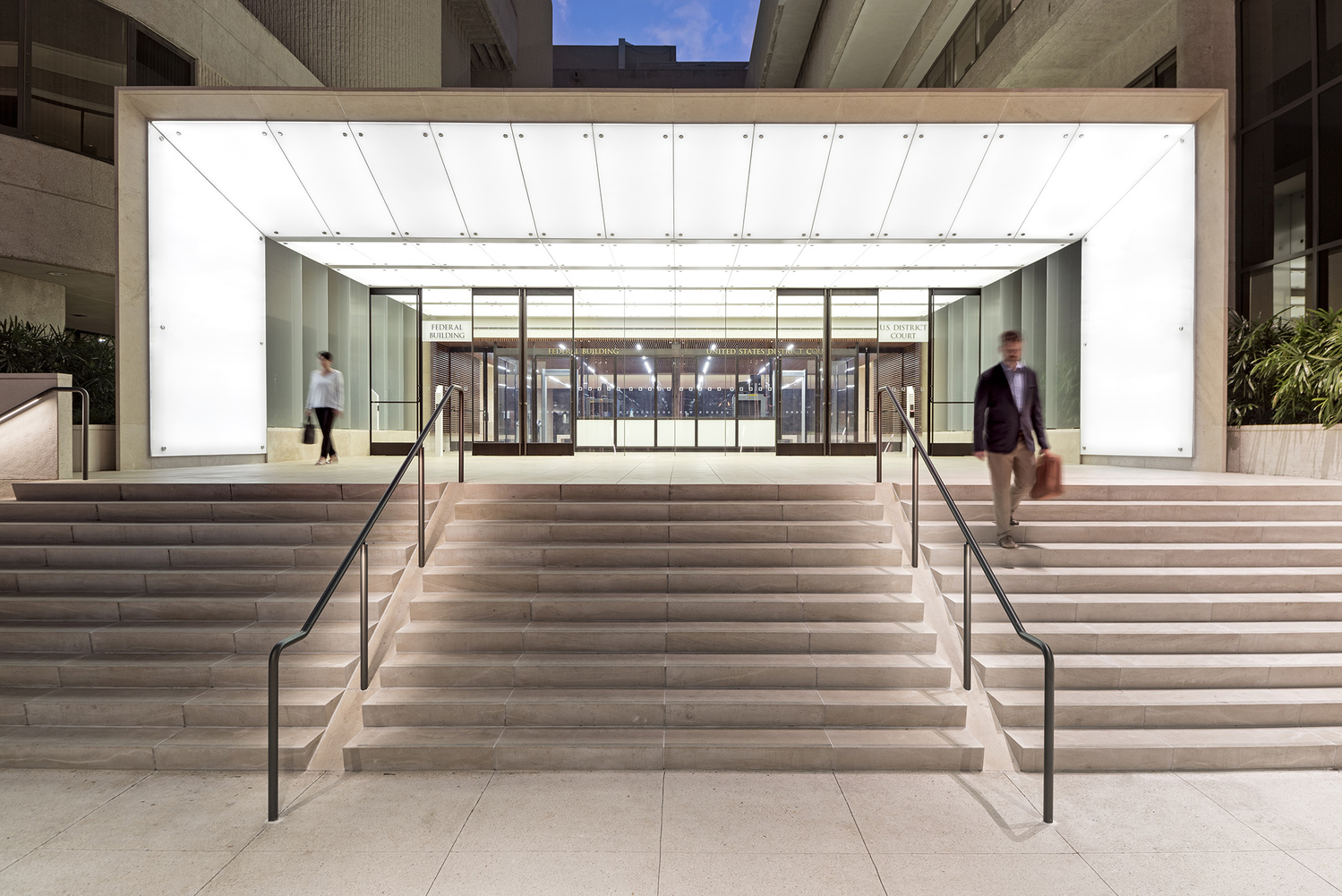 HLB’s scope of work included all interior floors of the Federal Building along with all associated site and campus lighting. The project was completed in January 2015 and included a renovation of eight courtrooms and magistrate courtrooms as well as twelve federal and magistrate judges’ chambers. The aggressive schedule helped to introduce the building’s modernization efforts in an efficient and expedient manner.