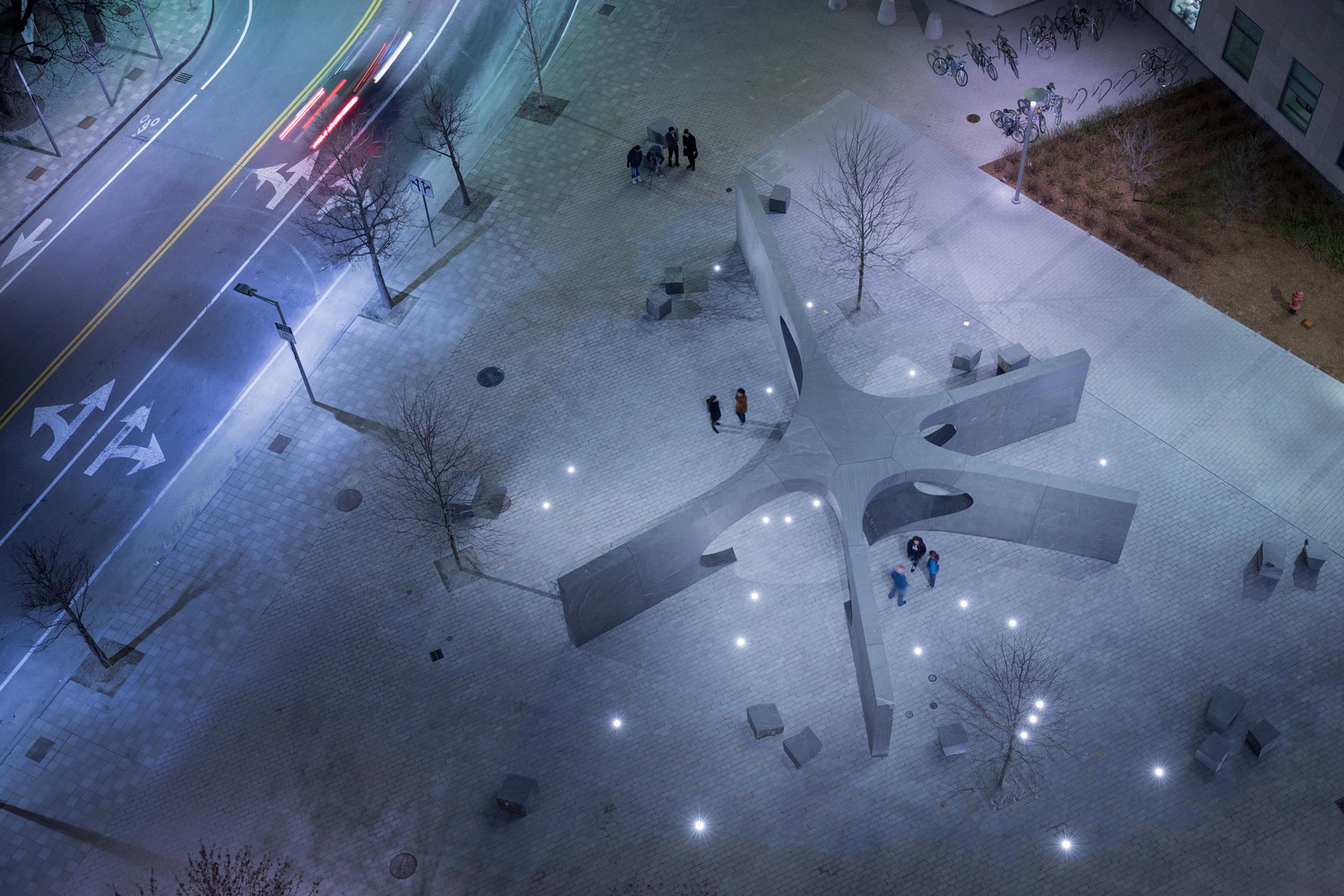 This monument was constructed to honor the memory of slain officer Sean Collier, a victim of the Boston Marathon shooting. Situated on the site of the tragic event which was previously an open, landscaped plaza — the heart of the MIT campus transforms into a place of reflection and repose in the midst of this busy gateway.

The memorial loosely assumes the shape of a human hand, forming five fingers that stem from a center foundation situated above the open, oval core. Composed of massive, flamed granite blocks, fundamental for structural support, the monolith symbolizes strength through unity. Moonlighting, located on three surrounding buildings above, softly reveals the overall form and massing of the memorial. A series of 28 in-ground marker lights were thoughtfully chosen, each representing a year of the fallen officers life. Lighting is placed throughout the monument to mirror the constellation that illuminated the sky on the night of April 18, 2013, permanently marking the date of the tragic shooting.