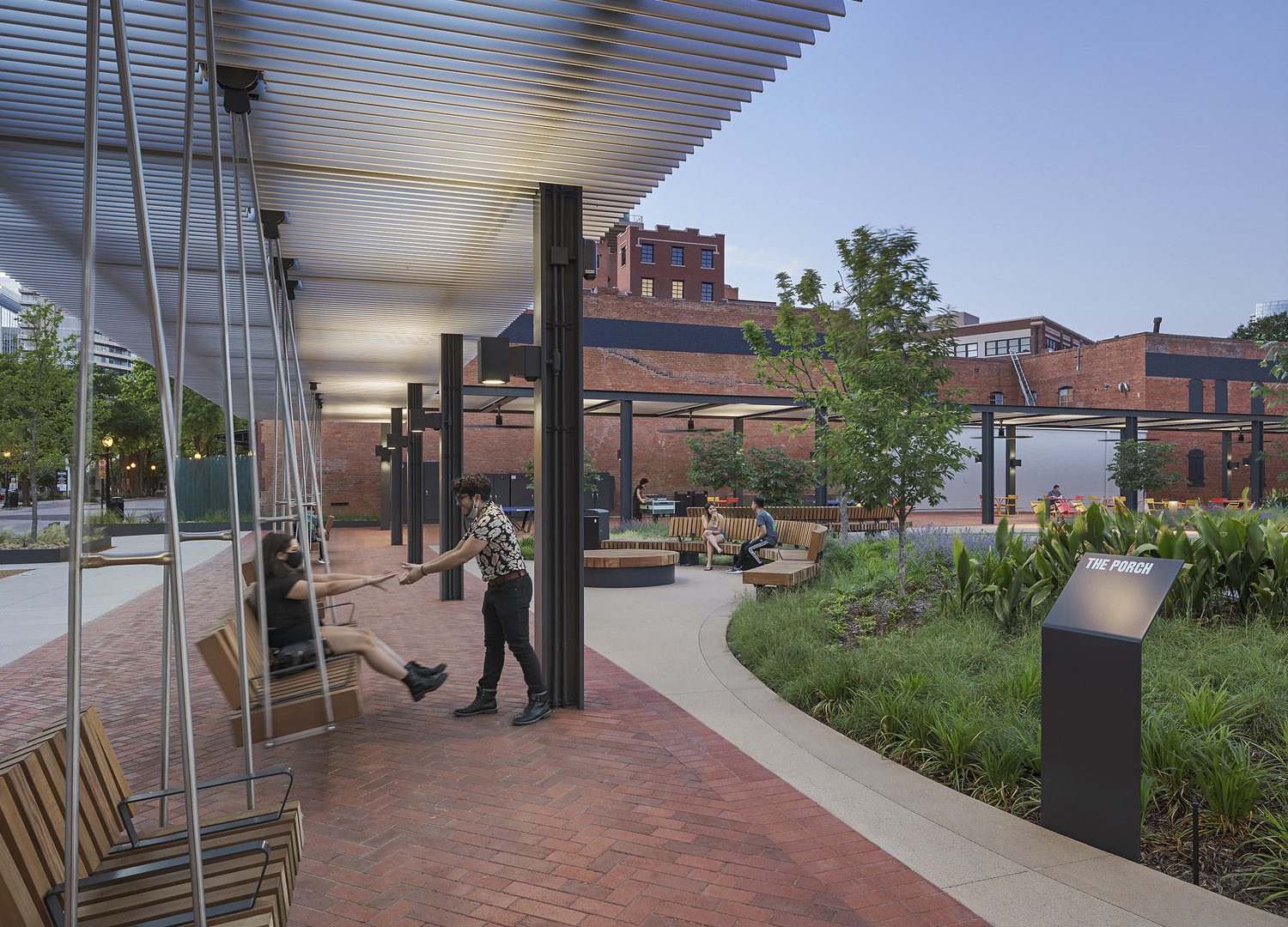 West End Square, a 1-acre smart park in the heart of the Dallas West End neighborhood, features meandering shady paths that are encompassed by a trellis with integrated technology including wi-fi, cameras, fans, power outlets, and motion activated lighting. The entire park has an added level of security through the implementation of motion sensors that trigger responsive lighting as someone steps into the property after hours.

The uplighting on the trellis and the park flood lights slowly and continuously rise from 10% to full illumination and remain active until motion is no longer detected for 5 minutes. This adaptive dimming strategy saves energy and minimizes light trespass into the night sky. The interior of the park is dappled with light bollards and accent light on feature trees which provide vertical illuminance and clear wayfinding on the paths.