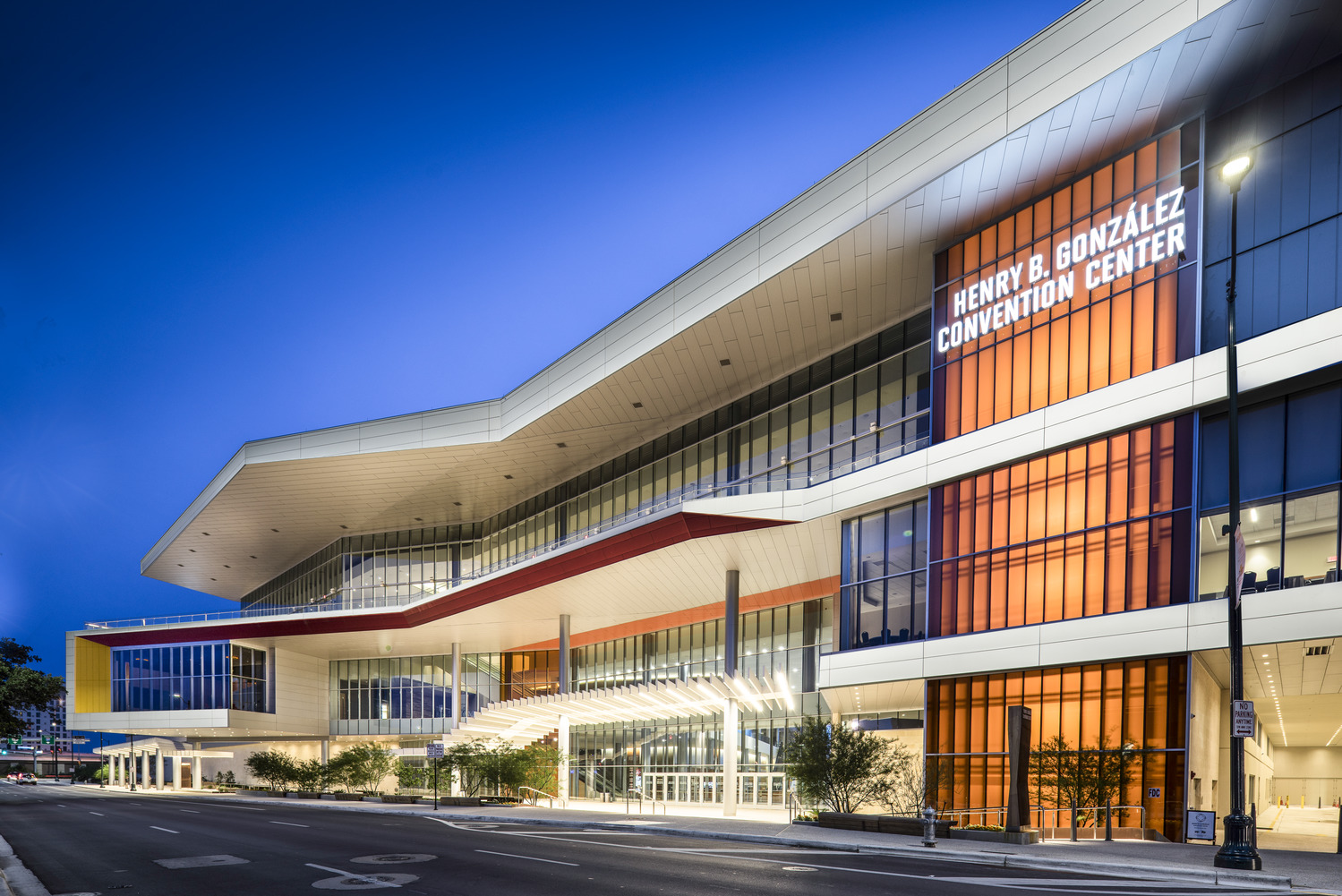 The Henry B. Gonzalez Convention Center renovation and expansion was geared towards modernizing the outdated convention center, delivering larger exhibition space, improving convention amenities, and providing a show-stopping ballroom. HLB was challenged to communicate the design concept of Land, Air, and Sky through lighting, which was intended to be an ever-present part of the space.

Sparkling like the Texas sky, the Stars at Night Ballroom is the largest ballroom in the state and the crown jewel of San Antonio. In order to deliver the “Stars at Night” concept, HLB created a custom LED fixture that mounts to an undulating architectural ceiling, and worked closely with other project team members to ensure it was executed correctly. In addition to creating the twinkling sky effect, the lighting fixtures were zoned in a randomized pattern to generate a subtle on/off motion similar to that of a starry night sky.