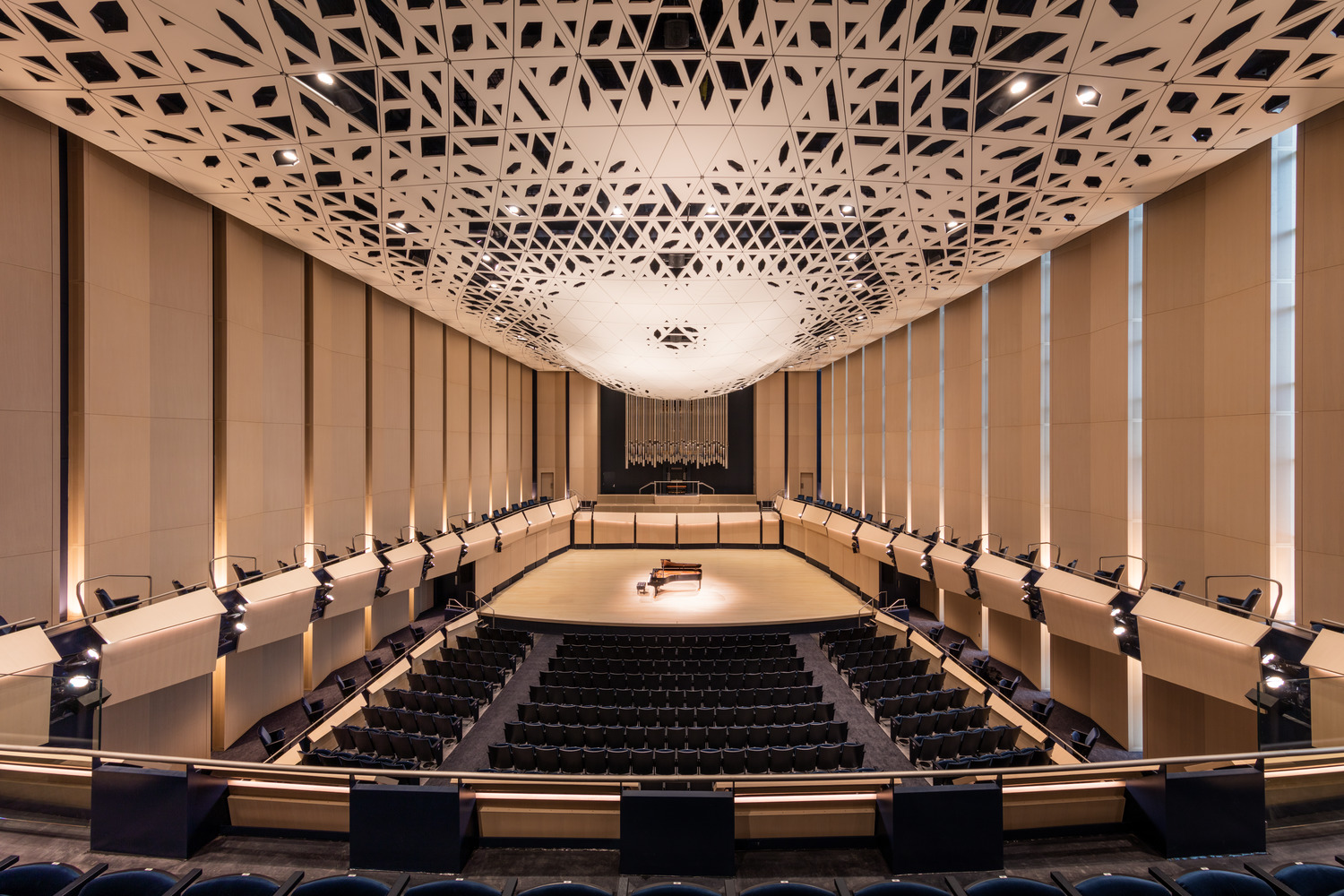 Voxman Music Building at the University of Iowa

With over 60 practice rooms, 58 faculty studios, and 130 pianos throughout the five-story Voxman Music Building, it is both versatile and accommodating for the 450 students who participate in the school’s yearly music program.

Color-changing ellipsodials guide patrons towards the signature performance spaces, the most prominent being a 700-seat theater highlighted by a one-of-a-kind undulating acoustical ceiling. HLB provided theatrical flood lighting to accentuate architectural form, and worked closely with the theatrical designer to incorporate general lighting from accessible catwalks above the ceiling. With the intent of emphasizing communal gathering, a custom chandelier was designed above a table located on the lower level of the building, adding another artistic splash to an already striking, singular facility.